Background: Immediate postpartum contraceptive and post abortion contraception methods are effective safe methods and are becoming a standard practice in many countries, yet it is not widely used in Iraq.

Aims: this study: is designed to assess the attitude and willingness of women to immediate contraception after giving birth or abortion and their satisfaction to previous use.

Methods and Material: Four hundred thirty-four women were surveyed in the labor word immediately after giving birth/ abortion. Their knowledge, attitude and contraception use were assessed according to the response they reported to a given questionnaire.

Results: women were not sure about the ideal time to begin using birth control post- partum.122 out of 434 (28%) have not heard about the immediate use of contraception before, only 97/434 (22.3%) reported a previous use of immediate contraception after previous birth / abortion. The satisfaction of the women to previous immediate contraception use was reported by 61/97 (77%) versus 7/97 (7%) who were not satisfied. High educated females with unstable income and women having more than five children depicted significantly higher willingness to immediate postpartum/ abortion contraception use (P=0.026, P<0.001, P=0.001) respectively. Similarly, a significant association was observed between positive attitude and pregnancy complications, including diabetes, bleeding and hypertension (P=0.001) and craving (P=0.003).

Conclusions: Iraqi women showed high willingness to immediate post-partum/abortion contraception use; nonetheless small proportion have actually used it. Poor knowledge of various contraceptive types, best time of use with less side effect are the main obstacles for family planning. 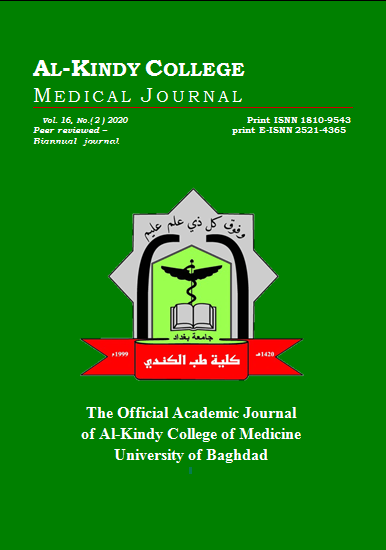